The story of ‘Forest Man of India’, Jadav Payeng, has been included in the curriculum of schools in Bristol in US Connecticut. “The students are studying about…Payeng as a part of their ecology lesson,” Navamee Sharma, a teacher at a school in Bristol, said. Payeng from Assam began planting trees in his village in 1979 and single-handedly raised a 550-hectare forest.

Jadav “Molai” Payeng was born in 1963. He is an environmental activist and forestry worker from Majuli.  He is popular as the Forest Man of India. For the last couple of decades, he has planted and tended trees on a sandbar of the river Brahmaputra turning it into a forest reserve. This forest is called Molai forest after him and is located near Kokilamukh, Jorhat, Assam. The area of the forest is about 1,360 acres or 550 hectares. He is also a Padma Shri, awardee. 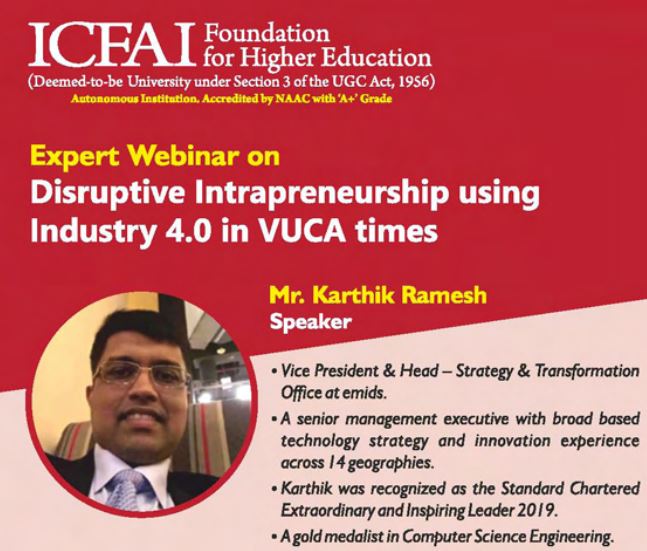 The employment generation in India has curtailed to a large extent due to Covid-19 pandemic situations. The most demanding sector like BFSI has also witnessed a large dip in recruitment

Mr. Joydeep Mookerjee, CFO, Vision Rx Lab, a subsidiary of Essilor-Luxottica Group We do not have a choice! Upskilling has become extremely critical for all professionals.   Digital Transformation has

Register on the link below: https://forms.gle/f1NzMM8pe16QACGi7 Spread the love